Who is Bishop Randy White

Bishop Randy White is the co-founder of Without Walls International Church, a large, non-denominational church in Florida.

The church was founded with his former wife, Paula White in 1991. The first few years of Without Walls were very hard for Randy and Paula. They struggled financially and had to live on government assistance and help from others in order to survive.

But the couple persevered and the church began to grow, eventually reaching attendance of over 5,000 people each week.

Not being ones to sit back and rest, Randy and Paula pushed forward and continued to grow their outreach programs, and the church continued to flourish and grow, eventually expanding to three locations and attendance of over 20,000 by 2004.

Randy Alan White was born on January 11, 1958 in Frederick, Maryland. He was the first of two children, also having a sister, Sandy. Randy's father, Frank, was a pastor ordained under the Church of God, of Cleveland, Tennessee.

Randy began working in various aspects of ministry as a young teenager, working in a Christian coffee shop, helping with prison ministry and preaching on the streets and in parks, for anyone that would lend an ear.

Randy attended Lee University after graduating high school and went on to become the pastor of a small church in rural Maryland. The church was struggling badly and had lots of problems that Randy had to work through. But his drive to succeed kept him moving and he eventually helped the church overcome their problems and experience exponential growth that set new attendance records in the state.

Randy ultimately ended up being hired by Dr. T.L. Lowry, working with him as an associate minister. Dr. Lowry ended up becoming Randy's spiritual father and mentor.

Fast forward to now, 2014. Randy is pastoring Without Walls Church by himself. He and Paula went through a divorce in 2007, for which Randy said he takes 100% responsibility.

Randy hadn't planned to return to the pulpit, but decided to do so when his former wife, Paula, was chosen to become the new pastor of New Destiny Church when the previous pastor passed away suddenly.

Randy has gone through some serious trials in the last several years, including being subjected to a financial investigation by the IRS, the death of his daughter and his divorce from Paula.

In 2007 Randy and Paula were accused of not paying their taxes for a particular year. There was a full-blown investigation that was grueling, lengthy and costly for Randy and Paula, but in the end they were cleared of any wrongdoing.

The death of his daughter, at the age of 30, was devastating for Randy. He grieved for a very long time and was angry enough with God to shake His fist at Him and vow never to serve Him again. Randy admitted to telling God "I spit in your face! You're not real any more!".

Randy has also spoken candidly about his previous addiction to prescription medications that happened as a result of a chain of events in his life that simply wiped him out emotionally and left him contemplating suicide.

In addition to losing his daughter, getting a divorce and being investigated by the IRS, Randy learned that his best friend was sentenced to life in prison. It seemed that his whole world was crashing down around him.

But the story doesn't end there. Randy isn't a quitter. He doesn't give up!

To learn more about Randy and Without Walls, please watch this video: 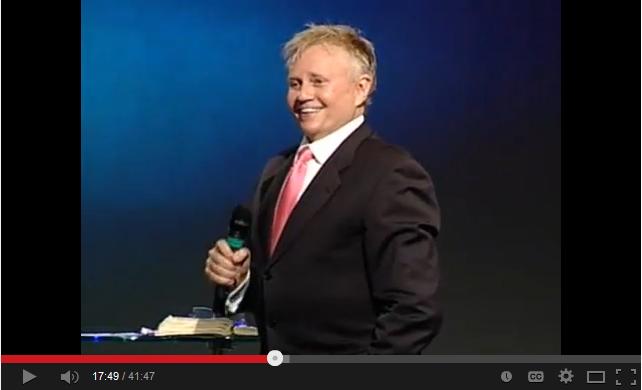 Posted by Unknown at 1:31 PM No comments: